How Condo Dwelling Cyclists Can Keep Their Bikes Safe From Thieves 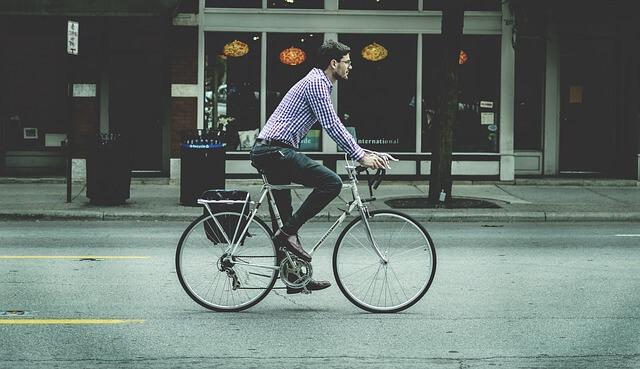 In the recent wake of bike thefts in condos (and elsewhere), it’s fair to assume that Toronto condo residents who are also cyclists have some concerns. This article will serve as a quick guide on how to reduce the risk of bike theft after you have moved into your condo unit.

No Brakes In Bike Theft

The numbers of bike theft taking place in the city are at a critical point. Year after year, more cyclists find themselves victim to bike theft, especially those who are living in condo buildings around the city. According to open data released last year, the number of bicycles stolen from condominium and apartment buildings has risen by 82 percent from 396 in 2014 to 719 in 2016.

These figures will only continue to rise and if you are a condo resident or a prospective resident of a pre-construction condo, then you need to make sure that your bike is kept safe and secure.

There have been many stories of frustrated cyclists who have had their bikes stolen in various areas of the city in recent months.

One such victim was Alex Paterson. Speaking with CBC News, he noted how disheartening and upsetting it was to find out that his bike had been stolen. After locking it overnight in the underground parking in his friend’s condo building, he presumed that the bike would be safer and more secure than on the street. However, the next morning he discovered that it had been taken along with the post that he had locked it too.

Toronto-Danforth MP Julie Dabrusin was also recently a bike theft victim when she noticed that her bike was missing from her backyard. While speaking with Toronto.com, she commented that anyone who cycles in the city “pretty much has a story of having had a bike stolen.”

Yet, what is the best way to ensure that cyclists living in Toronto condos can avoid becoming one of the stories?

How To Prevent Bike Theft

Although it is not guaranteed, there are measures that you can take to make sure that your bike will be kept secure in your condo building.

One of the top recommended steps to take when making sure that your bike is kept safe is to register it with the Toronto Police. Regardless of whether you have a new bike or it is decades old, doing so can make it easier for the police to track your bicycle if it gets stolen.

Make sure to provide the following information when registering your bike: serial number, make of bike, model, colour, a photo and any distinctive features. If your bike is missing a serial number which is usually engraved under the handlebar, mark your bike with a unique identifying number.

When locking your bicycle, always use a U-lock. These locks are designed to be more durable and are more dependable than a cable lock. They are on the heavier side to alternative locks but provide a higher degree of security.

If you are locking your bike up either in a public place or in the underground parking at your condo building, keep the following tips in mind:

For extra security, Toronto condo dwellers should consider investing in smart technology options for keeping their bikes safe from theft.

For example, the GPS-305 bike tracker is a discreet tracker that hides in the handlebars of your bike. This will help to prevent your bike from being stolen when traditional locks such as a chain or cable locks fail. The tracker sends a GPS signal that lets you know where your bike is at all times. Using this information and ensuring that your bike is registered could ensure that if you do fall victim to bike theft that you will have it returned to you.

There are many high tech lock and safety options available on the market that are suitable for those living in condominium buildings.

Although there are no signs of bicycle theft slowing down, with the right equipment and taking the proper precautions you can make sure that thieves are prevented from stealing your bike while in public and in your own condo building.

No votes yet.
Please wait...

What In the World Is FINTRAC & What Does It Have To Do With Real Estate?

The Top Commuter Friendly Condo Buildings In The GTA

Looking To Buy In The GTA? The Importance Of Knowing Your Requirements With many individuals...

Moving To Midtown: Explore The Neighbourhood Midtown Toronto offers its residents some of the...

The Most Exciting Condos Coming To Downtown Toronto

The Changing Residental Landscape Of Downtown Toronto It is safe to say that the residential...