The site is currently occupied by two structures; a two-storey brick building from 1920 at 50 Eglinton West, originally built by Toronto Hydro as a substation in 1920, and the three-storey brick and glass extension at 60 Eglinton West.

Above the 13.5 to 17.5 metre-tall podium, a 33-storey point tower would rise to a height of 124 metres, measured to the top of the mechanical penthouse level. The tower’s corners are curved, with black framing on the glazing and balcony guards.

A minimalist four-storey “reveal” is designed to create a visual distinction between the heritage podium and modern, detailed tower.

The tower would house the bulk of the building’s 401 condominium suites, with the remainder of them on the podium’s third level.

An additional outdoor amenity deck on the 36th floor would offer building residents views of the surrounding city.

Below grade, the tower would be served by a four-level underground parking garage, with access from Duplex Avenue.

The garage’s 112 parking spaces would be divided between 90 spaces for resident use and 22 spaces for visitor use.

Line 5 Condos at Yonge and Eglinton 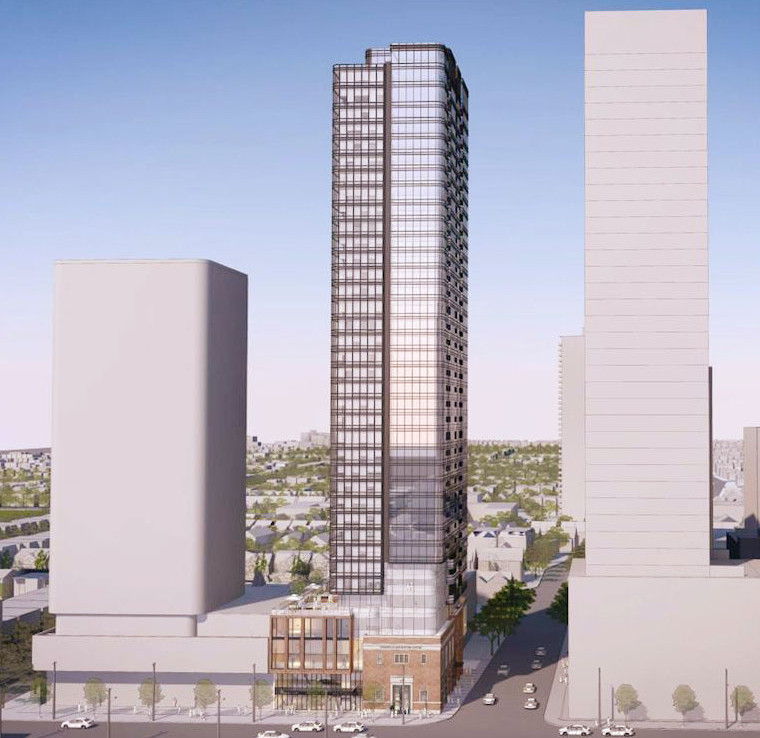