Empire Maverick will stand 49 storeys tall, featuring an exclusive collection of suites ranging from 1 to 3 bedrooms. At street level, Maverick will be anchored by exciting retail to complement the vibe of this bespoke stretch of King Street West.

Empire’s newest downtown condo development promises to be as stylish as its address. Maverick will be home to the Torontonian who has their finger on the pulse of the city’s best restaurants, bars and social hotspots. Always on the guest list, their life happens around a 5-block radius, with this coveted King Street address at its core. Welcome to Empire Maverick.

King Street West is Toronto’s pulse. From the longstanding restaurants and bars to the poetic shows of Toronto’s theatres, King West has long been a magnet for nightlife, foodies and entertainment.

Empire Communities is a residential builder/developer involved in all sectors of the new home building industry, including both low-rise and high-rise built forms. Empire has an established tradition of creating prestigious award-winning new homes, communities and amenities, and has earned a reputation for outstanding attention to detail and customer service. Since its inception in 1993, Empire has built over 12,000 new homes and condos. Today, Empire is one of the largest homebuilders in Canada with current communities in Toronto, Southwestern Ontario and the Southern United States. 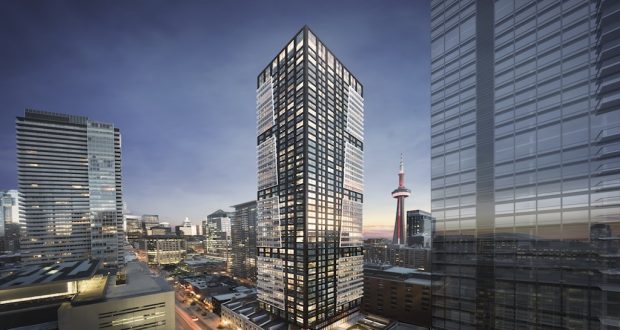